8 challenges to overcome to achieve your creative dreams

Homewebsite8 challenges to overcome to achieve your... 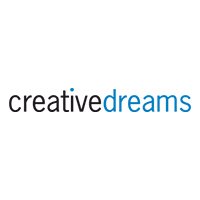 If your creative dream for 2018 involves collaboration, then its success will live and die on whether you choose the right partner. Tennessee illustrator Tammy Coron, who recently teamed up with Apple game developer Chris Language to create game design resource DayOfTheIndie.com, offers some pointers.

“Finding someone you trust and being honest with each other are vital,” she says. “One of the reasons Chris and I work so well together is because we speak our minds: we’re honest and open with each other.

“We also share responsibilities and understand situations where one of us needs more time to focus on something else, without guilt from the other. And the best thing about our partnership is that we encourage and push each other to reach just past our abilities, in order to level-up our skills.”

Whether it’s launching a passion project or your services as a freelancer, promoting yourself is key. That means not just networking with other creatives, but sharing your work more widely, on platforms such as Instagram, Pinterest, Behance and Dribbble. This may sound obvious, but New York-based designer and lecturer Shanti Sparrow has seen the positive effects first-hand.

“I’ve been a designer for nine years, but my freelancing outside of my main job has actually only kicked off in the last two,” explains Sparrow. “It was only when I started releasing my work onto social media channels that it happened. I was started to get contacted internationally, whereas before it tended to be people I knew through people I knew. But now it’s anybody who Googled a magazine and my thing came up, and they’re in China and want me to make them something.”

There’s a lot of noise online, of course, and just posting stuff doesn’t necessarily mean you’ll get attention, so it pays to get creative. For example, Rotherham-based designer Amy Kilner launched an Instagram feed called @thedesignfix this year, and it’s become a roaring success.

“The way you get followers on Instagram is by getting your work featured on other pages,” she explains. So she essentially took the same idea and reversed it. “I launched my own page to help other creatives, and it just blew up,” she explains. “There are now around 40,000 posts on Instagram using the hashtag and I’ve got more than 18,000 followers on it. I’ve got these brand ambassadors promoting it, and it’s just growing. It’s still a work in progress but I’m doing something right.”